The goal of this chapter is to build an apk file in Unity IDE. 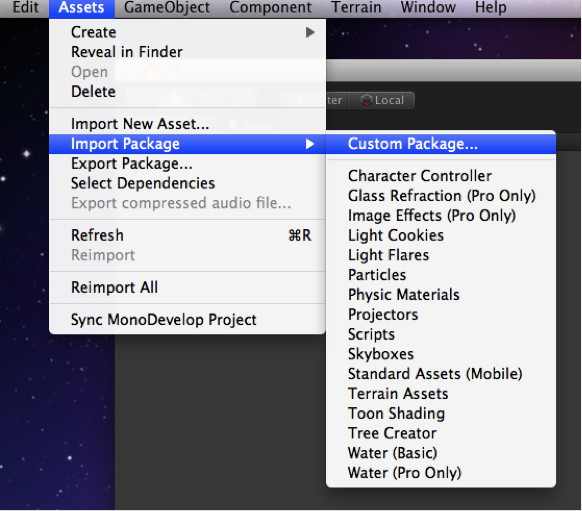 In the dialog that appears, specify a path to MobageUnitySDK.unitypackage.
Check all the options, and press the "Import" button at the right bottom to complete the import. 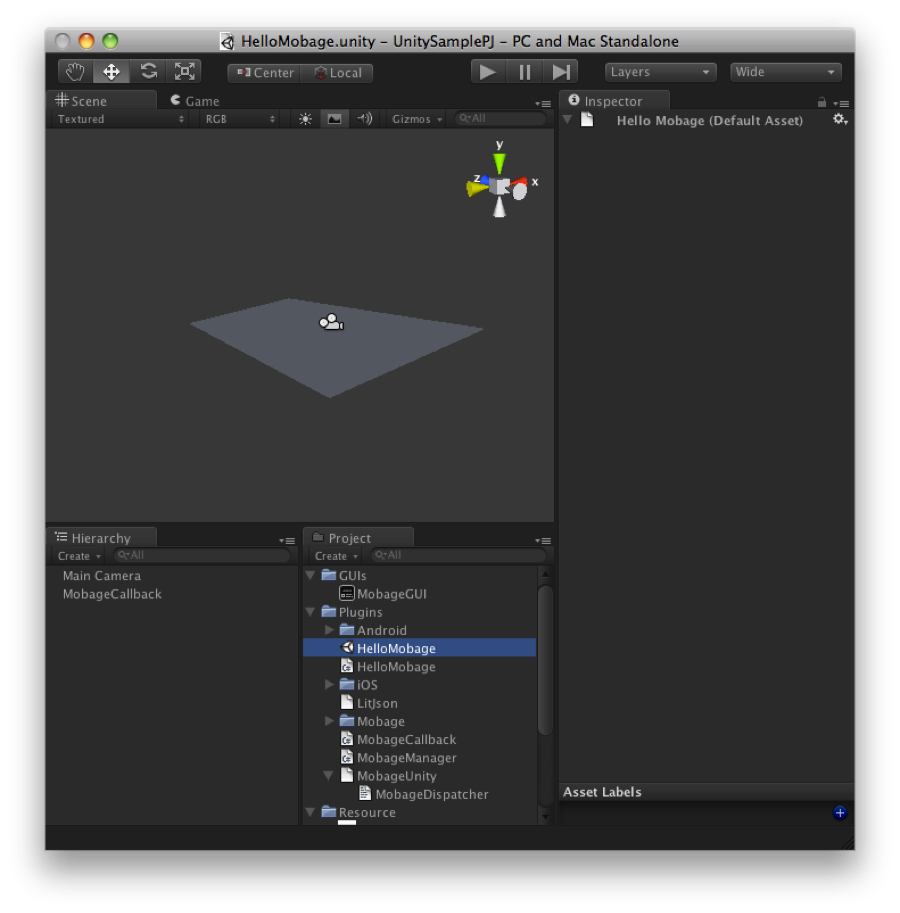 Configure the MobageCallback object by following the process below. 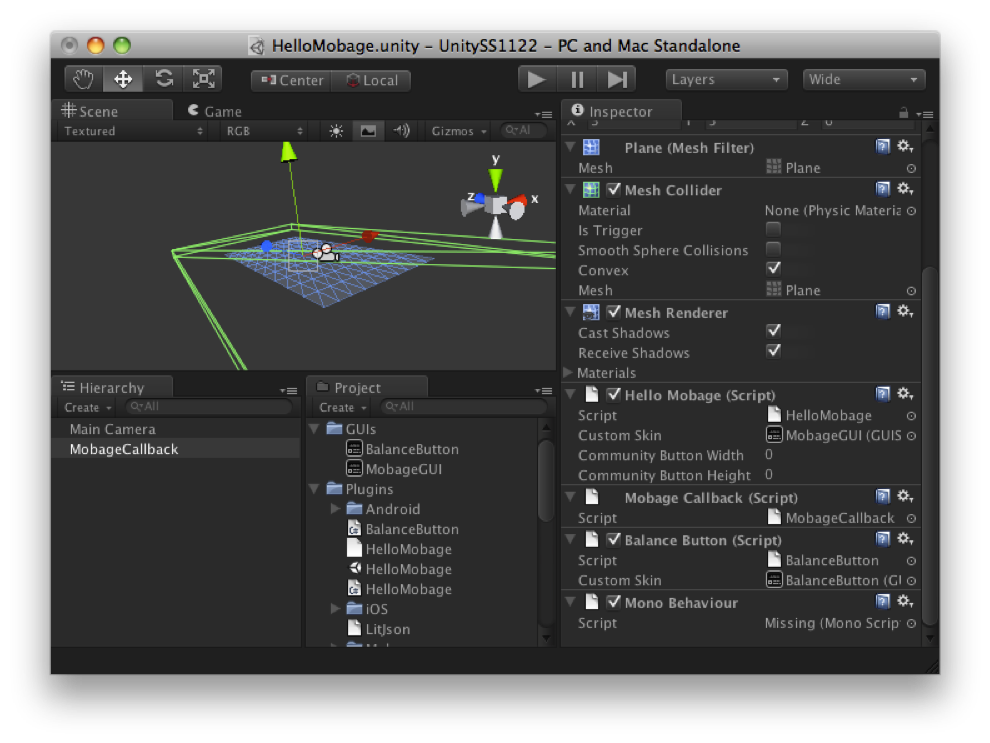 The sample settings to show a button are now complete. When you press the replay icon at the top of the Unity IDE, the game preview screen is shown as below.

To perform login process, you are required to set a login listener that receives events from Mobage Unity SDK.

To receive the login events, set a login listener by the following code. (Note that this code has already been implemented in HelloMobage.cs.)

Sample API call: get the user information by C# script

The following is a sample code to call MobagePeople.getCurrentUser().

Now we will modify the Plugins/Android/AndroidManifest.xml in Project View.

The file hierarchy will look like the below image. 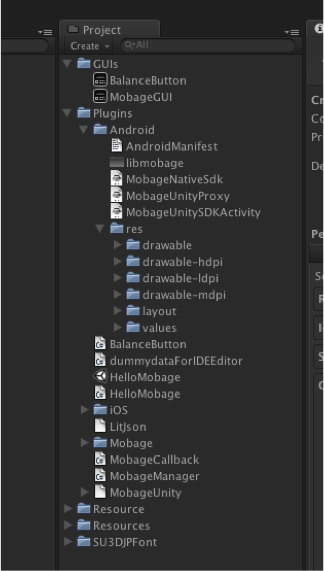 Your AndroidManifest.xml will look as below.

Please replace the following items with your settings.

When you start your application (like inside Awake() method), you will need to implement the following initialization.

The arguments of the method are: region type, environment type, consumerKey, consumerSecret and application ID.

When selecting "File"->"Build Settings" in the Unity IDE (the lower left image), the Build Settings Window will open (the below image).

Select "Android" in "Platform" that is at the bottom-left of the Build Settings Window (the below image). Push "Switch Platform" to configure Android platform settings.

When pressing the "Play Settings..." button, the setting items are shown in the Inspector view in the IDE window.

Change "Other Settings" ->"Identification"->"Bundle Identifier" from the default value to jp.mbga.a1200XXXX (which 1200XXXX is your appID).

This apk file is the final output of the building process.
If you want to run your application, push "Build and Run" button at the bottom-right of "Build Settings" window.

You will need to comment out the initialization method using "#if UNITY_IPHONE #endif" so it will only be called on iOS.

Edit addPlatformListener inside Plugins/MobageManager.cs as below.
Comment out "Mobage.addLoginListener()" using "#if UNITY_IPHONE #endif" so it will only be called on iOS.

You can now proceed the same steps on building and importing your Unity plugin (See Building Unity Plugin in Eclipse).